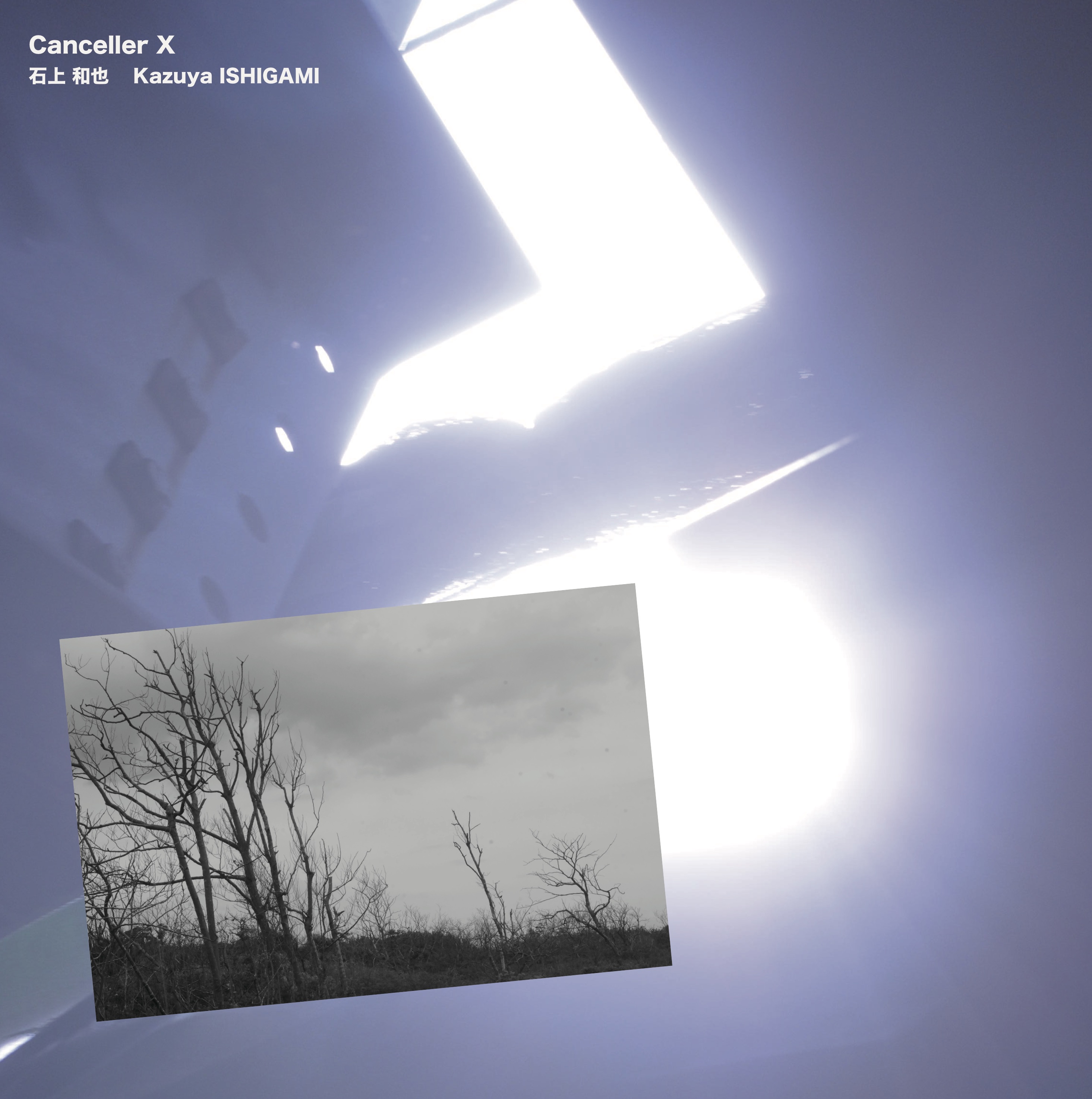 Following his ‘come-back’ album ‘The Cleaner’ (reviewed in Vital Weekly 1071), there is already a new album by Kazuya Ishigami, erstwhile working as Daruin, and was a member of AdC~/DaC~ and Billy? In the biographical note that comes with ‘Canceller X’ none of this mentioned, but it mentions his training at INA-GRM in Paris 91997) and lists (serious, mind you) radio stations who played his work since then. Maybe he is building a new profile as a serious composer? And perhaps that’s why he released this on a new label of his (before he ran Neus-318′)? I am not sure, I must say, but maybe a chance of scenery does wonders? There is a text enclosed but it’s all in Japanese, so without any clues for me. The music here seems to have developed from laptop bending and reshaping into something that explores single sound events more and becoming more drone affairs, but still using quite a bit of transformations that the computer offers; maybe a whole bunch of INA-GRM plug-ins perhaps? The usual timeframe for a composition is somewhere between three and seven minutes and he has fourteen of these, which I would think is perhaps four or five too many. Just because a CD can hold 80 minutes of music, it is not necessary to fill them all, I’d say. But unlike with his previous release, where I thought some of his pieces were too long, here they can stand more easily the test of the given time. In fact, I would argue, that some of these could have been a bit longer even, exploring the minimal textures a bit further than this. Sometimes Ishigami sounded like Asmus Tietchens of earlier this century (in ‘Bad Memory’ for instance), or from before that (in ‘Bug Memory’ or many other pieces) showing he has an interesting stance on such notions as ‘musique concrete’ or ‘ambient’ and how these are related to each other. There is some excellent sonic treatment going on here and I’d say Ishigami delivered his best release so far, albeit a bit of a long one. (FdW)
––– Address: http://musicnative.net/kyourecords/