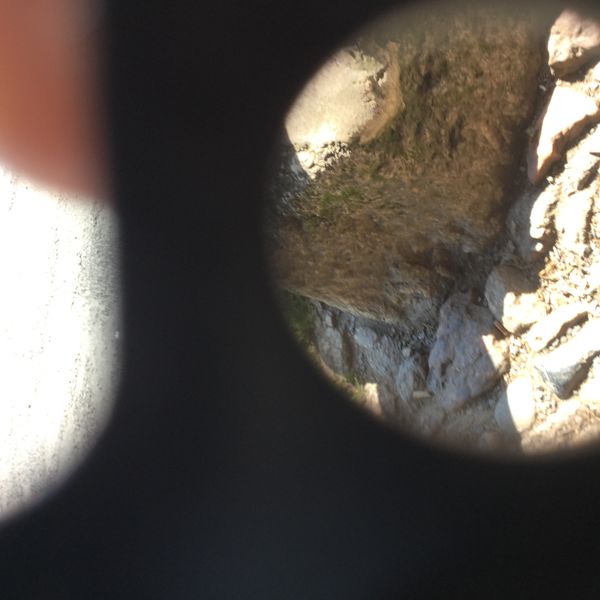 Eagle eyed folk might notice that in the above picture of this broadcasts playlist there is Dif Juz’s “Out Of The Trees” LP (on 4AD Records). Unfortunately I never got to play the track “Mi” because I was running out of time due to myself waffling / rambling on like a drunken fool about other stuff that wasn’t that important. I apologise. Lesson learnt : More Noise, Less Mutter. (It won’t happen again).

The programme starts with an extract from the cassette “Oh Death” on the Beläten label. There are no artist credits on the release. The Beläten website lists it as “Unknown”.

I honestly thought Beläten had stopped functioning as a (physical) label and was pleasantly surprised to see this tape release along with a new tape from Blitzkreig Baby and 7″ from Distel. It was back in 2015 when I came under the impression of Beläten were ceasing (or at least slowing down) and Thomas Ekelund was to focus on his Trepaneringsritualen project. Thomas mailed me a cassette with no titles or credits, telling me it was by an artist who wanted anonymity. I always thought it was by Thomas …. the same as this new “Unknown” tape.

Anonymous tape on Beläten from 2015.

Less confusingly … another new cassette that came out last month is the split release by Kazuya Ishigami and Xtematic on the News-318 label. “Drone Shrine” is lifted from this tape. “B-Men (MAR2017 Mix)” is from last years CD “A-Z-B Men” on Kyou Records. I really enjoy the unique drones, patterns of sound, looping and soundscapes that Kazuya creates. Kazuya is very prolific too releasing under his own name as well as the project Billy? The track “Grumbling” comes from the CD “Cleaner 583” on Slow Down Records. More information on Kazuya and his work can be found here: http://neus318.net/kazuya/
At the start of the month I managed to grab three singles from Swedish labels. Altar Of Flies + Alvars Orkester from the Swedish distribution outlet Börft Records and Korea Undok Group from the label itself. Börft Records are well worth having a look at, some great bargains hidden in there (I managed to pick up some Savage Republic + Raionbashi vinyl for a bargain!). http://www.borft.com

Another fascinating label is the Italian cassette label Upside Down Recordings, releasing modern classical / mystique concret sounds. “Cuacochi II” by Angélica Castelló is a live recording from 2016. Recorded in Vilnius, Lithuania it was commissioned by DAR and AIR Krems for the Representative Wind Orchestra of the Lithuanian Ministry of the Interior. Angélica has also released on the Russian Mikroton label. Go to http://castello.klingt.org for more information.

And then the programme seems to veer off in to the late 1970’s and mid/late 1980’s … I was very tempted to go and see Nocturnal Emissions last Friday play live in London. Logistics and cash played a part in why I didn’t go … South of the river! This time of night! … so I played a track from one of my favourite Emissions .. Nigel was playing in Peckham and from playing there myself in 2010 (with Plurals) I know how remote the place is .. and would be to get back to my base in Dalston.
“On This Day” features two great singles. Kleenex and Spizz Energi. It was at this time Spizz, Kleenex and The Raincoats played a cross the UK on a Rough Trade package tour. I have a memory that Spizz Energi were a late replacement for a band who backed out – either Cabaret Voltaire or Scritti Politti. They came to The Drill Hall in Lincoln, needless to say it was a great evening. Spizz Energi played Lincoln a few times in 1979/80. He had a girlfriend who worked in Sanctuary Records (Lincoln) called Bev. She and another girl were “The Spizettes”, they even cut a 7″ recorded at Playground Studios in Wragby. No information is available on the inter web – but it did happen! The Cure released their “3 Imaginary Boys” LP on Fiction records on May 10 1979. I know “Jumping Someone Else’s Train” is not on the original UK release, but is on the US version … and that is the version I have.

In March this year I travelled up to the Derbyshire town of Belper to be part of a performance by Vagina Dentata Organ. Also part of the performance was Thomas LaRoche, head of Research Laboratories and member of Poultry Breeders Union. “Companion Object” is the follow up to an untitled release back in 2016. This tape comes with sixty pence in a small brown envelope which invites you to call from a telephone box once you have reached your companion object.
Please take a listen – and sorry there is no Dif Juz … later maybe … (copy&paste)

Thank you for listening. The next broadcast will be on May 24. Same time, same channel and (hopefully) joined by SoundArt guru Chris Booth.