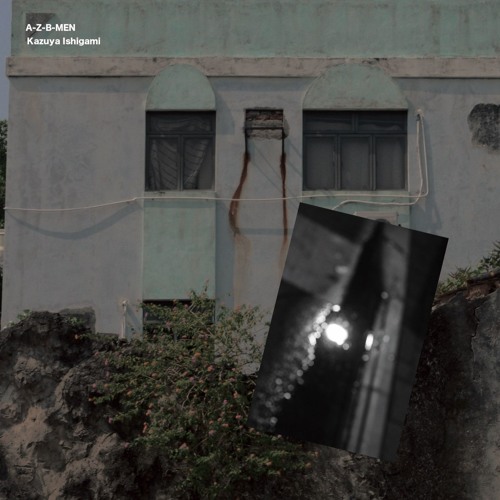 Back on track, our man in Japan Kazuya Ishigami, who besides doing music himself again, also releases works by like-minded artists, mostly Japanese it seems. On his Kyou Records he launched a ‘neo electroacoustic ambient series’, of which the first three were reviewed in Vital Weekly 1094. Here is the next lot of three. Back then I found the statement of intent somewhat cryptic: “from the works of the artists, there are a free attitude to the sound which is not caught by the tradition of the past,consciousness to the continuity of the history, sticking to contemporary delicate and precise timbre, exciting. It is possible to listen to many common points such as experimentality”
I recognized the name of Toshimaru Nakamura, but that was not the reason to start with this one; in fact there was no reason at all. Nakamura is a well-known player of the ’no-input mixer’ and is mostly active in the world of improvised music, and he has duos with Jason Kahn (as Repeat) and with Sachiko M, but also with many others (Keith Rowe, Lucio Capece, Axel Dörner etc). Throughout his work is pretty radical. Yuma Takeshota I never heard and I only know he started playing experimental and improvised music in 2001 and after moving to Tokyo he created his own instruments by modifying an electronic-bass guitar with “different sound modules and machines”. I assume that both do whatever it is these normally do. I also assume these pieces are played live and perhaps there have been some overdubs or editing in the post-process, but maybe it is as is. Like with the first three releases in this series the music is pretty radical here and ‘ambient’ isn’t the word that springs to mind easily. All of these pieces are quite noisy and loud. It bursts and cracks quite a bit, and it is some forty-five minutes of pretty radical music. There is some excellent radical energy and anarchy in this music, providing you dig a bit of chaos. If you don’t than this is simply not your thing, just as if noise isn’t your thing either than this too is best avoided. I enjoyed this one to a certain extent, but at the same time I think my preferred intake of it all in a smaller dose, not consuming these five heavy slabs at once.
After this orgy of noisy it is good to hear something completely different and that is music of Kazuko Narita. In the 80s she followed classes at the Paris National Music Conservatory and was introduced into the ideas of Pierre Schaeffer and musique concrete. She spliced her own tape compositions but later on she had no longer access to studios and composed acoustic music only. With the arrival of the laptop she started to work on electro-acoustic compositions again. She now composes both acoustic and electronic pieces, but I assume that on ‘Chant D’amour Sans Paroles’ (love songs without words). There are five pieces here, the oldest from 2000, one from 2001 and 2003 and the most recent from 2013. There is however no information as to how these pieces were made, but I would think that Kazuko Narita uses quite a bit of field recordings in her work, in combination with processing string instruments; maybe, so I was thinking, she is recycling her own work? In her pieces she uses a somewhat strict linear compositional method. She keeps building various layers of processed sound together, sometimes removing a layer, but rarely she uses a strict collage cut-up method. Also her work is not really about applying lots of digital techniques that are common in the world of serious electro-acoustic music. It is more along the lines of non-academic (yet serious, mind you) composers like Asmus Tietchens or Organum; especially in her use of long string sounds I was reminded of the latter, with a similar scraping sound. When acoustic sounds prevailed I was reminded of Iancu Dumitrescu. Now this was indeed a work of both (neo) electro-acoustic music in combination with
ambient.
This time around label boss Kazuya Ishigami has a release of his own in this series. Before he worked as Daruin and was part of Billy? The question mark is part of the name, in case you were wondering (or didn’t read an earlier review of his work, as I seem to keep telling this). A couple of years he seemed to have disappeared but now he’s back. I particularly liked his previous release,‘Canceller X’ (see Vital Weekly 1081), which I thought was an interesting combination of musique concrete and ambient, if not a bit long. This new release is seventy-two minutes, which beforehand I would also call a long release. Ishigami takes his interest in ambient and drone a bit further with two pieces that last thirty minutes and one that is ten minutes and which could all be labelled as ‘drone and ambient’. However it is not pressing a chord on a keyboard and fed it through some sound effects for seventy-two minutes. There is quite a bit more to this than that simple approach. There is the inclusion of processed (or maybe not?) field recordings, shimmering electronics, minimalist building of pieces over a long time, with some great tension, such as in ‘B-Men – Mar2017mix’, which is pretty straightforward or with the other long piece, ‘A-Men – Mar2017mix’, using repeating elements as part of the whole piece but not always at the same time. All three pieces are very good, imaginative and yet also along the lines you would expect in the world of ambient and drones. Good and solid music. (FdW)