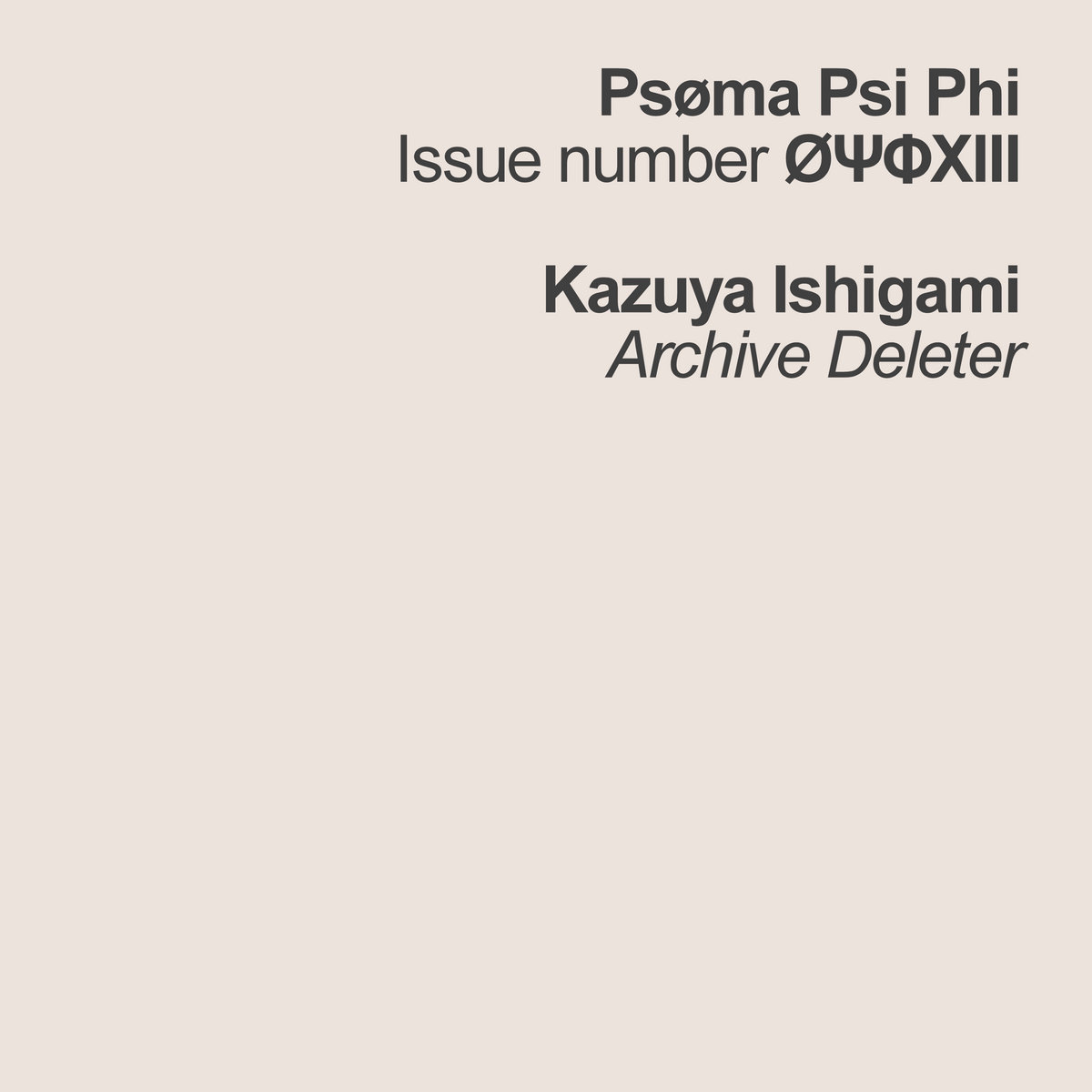 about
Kazuya Ishigami, a sound designer from Osaka, Japan, makes his debut at P / Psi / P with ARCHIVE DELETER, a three-part album of isolationist drone and formless void. Metallic tones with a reflective surface unspool glacially from an unreachable horizon. In one moment it feels meditative, and in the next, filled with a cosmic dread. Digging deeper, one could relate some of the sounds to distant machinery, piping off steam through bulbous steel veins, boring through alien black stone in an irradiated quarry, on some forsaken outer planetoid. ARCHIVE DELETER is perhaps one of the darkest releases in the Psoma catalog thus far, recalling only the ten ultra-minimalist recordings of : and Brian Grainger’s nineteen-disc Cursive Bell album, but even among those things it feels singular and difficult to classify.

W/P by Kazuya Ishigami. Text and design by ABM&D. This is Psoma Psi Phi number ØΨΦXIII.